Today is Federal Territory Day, which marks the official day that Kuala Lumpur became a federal territory under the control of the federal government, back in 1974.

Malaysia and its capital city, Kuala Lumpur, together make Asia’s shining jewel. Ask tourists, and they’d lavish praise on the country’s culture, food and beaches, such as Langkawi, Batu Ferringhi and Kota Kinabalu. Yet, there are several things to know about Kuala Lumpur and Malaysia that might surprise even the locals.

For instance, 2022 marks the golden jubilee of Kuala Lumpur’s foundation. But isn’t it a very old city? Here’s a quick history recap.

Malaysia came under the influence (and later control) of the British in 1786 when the Sultan of Kedah leased the island of Penang to the East India Company.

In 1867, it became a crown colony and, following World War II, gained freedom in 1957. Ever since Malaysia’s rise has been astronomical.

Geographically, Malaysia spans two landmasses — the Malay Peninsula and the island of Borneo. Administratively, Malaysia is a federation of 13 states and three federal territories.

All states and federal territories are united under a single federal government, with a constitutional monarchy as the head of the state.

Read on for more facts about Kuala Lumpur and Malaysia this Federal Territory Day:

One of the most fascinating things to know about Kuala Lumpur is the secret behind its name.

In Malay, the name means “muddy confluence”. This is because Kuala Lumpur sits at the confluence of two rivers — Gombak and Klang.

The two rivers also cause frequent flooding of the capital city during heavy rains.

Kuala Lumpur was officially recognised as a city in 1972 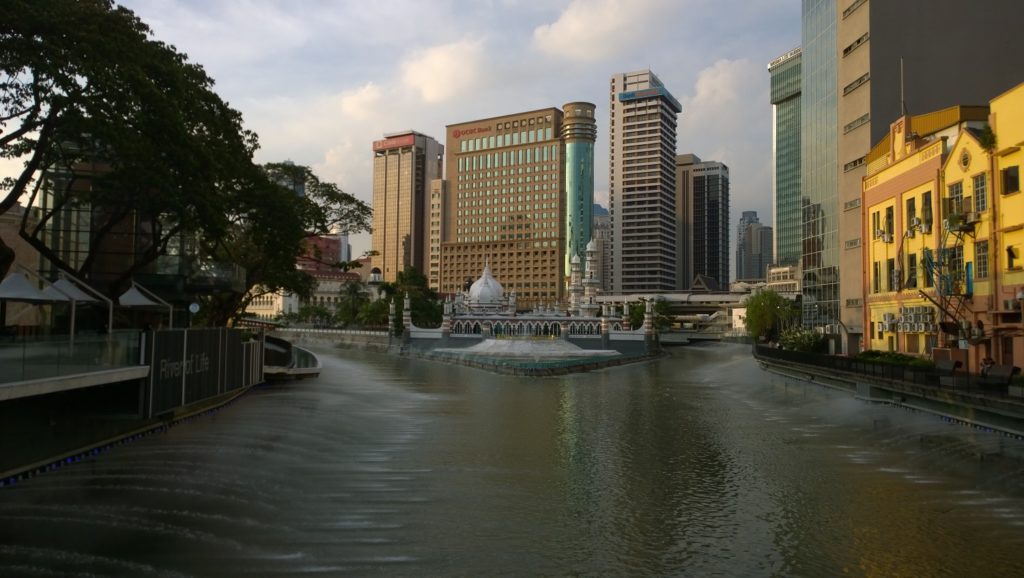 Raja Abdullah of the Selangor royal family laid the foundation of the city of Kuala Lumpur in 1857. A group of Chinese miners settled in what is now Ampang and became the first population of the future megapolis.

Even though Kuala Lumpur became the state capital of the Federation of Malaya following the country’s independence in 1957, it was not until 1972 that it gained its city status with the office of a mayor.

The official recognition came from a royal charter granted by the then Yang di-Pertuan Agong of Malaysia. In 1974, it became a Federal Territory.

Kuala Lumpur was officially recognised as a city in 1972

Raja Abdullah of the Selangor royal family laid the foundation of the city of Kuala Lumpur in 1857. A group of Chinese miners settled in what is now Ampang and became the first population of the future megapolis.

Even though Kuala Lumpur became the state capital of the Federation of Malaya following the country’s independence in 1957, it was not until 1972 that it gained its city status with the office of a mayor.

The official recognition came from a royal charter granted by the then Yang di-Pertuan Agong of Malaysia. In 1974, it became a Federal Territory. The 1998 Commonwealth Games were the first games in 68 years that were held in Asia. Officials from 70 countries and 5,065 athletes came together to the host city of Kuala Lumpur for the games that were held from 11 to 21 September that year.

The XVI Games, as it is officially known, had 15 sports. Cricket, hockey, netball and rugby sevens were included for the first time, making Kuala Lumpur the first city where these sports became part of the games.

Australia was the most successful nation with 79 golds. Malaysia finished fourth with 10 golds — its best performance till it surpassed the tally in the 2010 Commonwealth Games.

The Malaysian government does not sit in Kuala Lumpur city

Kuala Lumpur is the country’s largest city. It is also the location of the royal palace, the Istana Negara. Yet, the seat of the Malaysian Federal Government is located around 25 kms away in Putrajaya.

The beautiful city is a modern marvel created in the 1990s by the visionary Mahathir Mohamad, the longest-serving Prime Minister of Malaysia.

The Malaysian Federal Government was shifted here in 1999 to address the overcrowding in Kuala Lumpur. The city has, therefore, been serving as the administrative and judicial capital of Malaysia.

Putrajaya is an idyllic city with clean air, planned design and beautiful buildings. The Prime Minister of Malaysia sits in the Perdana Putra — a massive palace-like building with a distinctive mint-green Islamic dome.

It has Malaysia’s largest man-made freshwater wetlands known as the Putrajaya Wetlands Park. It is a natural wonderland of around 100 bird species and over 1,800 species of other animals. Standing at 452 m, the Petronas Twin Towers in Kuala Lumpur City Centre were the tallest structures in the world from 1998 to 2004.

Though the buildings have lost their title since, the two structures together continue to be the world’s tallest twin towers.

Designed in an Islamic style by the Argentine-born American architect Cesar Pelli, each of the Petronas Towers has 88 storeys.

The building is one of the biggest tourist attractions for anyone visiting Kuala Lumpur, with tickets costing up to RM 80 per person.

A Skybridge at levels 41 and 42 joins the two buildings. The view of Kuala Lumpur from the Skybridge is an experience one must not miss.

However, visitors can also go up to the Observation Deck on the 86th floor of the Petronas Twin Towers for an even better view.

Malaysia is the only country in the world that has a system of rotating monarchy.

The official title of the Malaysian monarch is Yang di-Pertuan Agong, which means “He Who Is Made Lord.” The title reflects the elective nature of the monarchy.

The monarch is the Head of the State of Malaysia and is always one of the nine hereditary ethnic Malay royals who form the Conference of Rulers.

The nine rulers elect the monarch from among themselves every five years in a premeditated order. The system has been in place since the country’s independence.

Yang di-Pertuan Agong Al-Sultan Abdullah Ri’ayatuddin Al-Mustafa Billah Shah is the current monarch and was elected after the abdication of Sultan Muhammad V of Kelantan. The former is also the 6th Sultan of Pahang. The country’s multiculturalism adds to its beauty. A Muslim-majority country, the diversity of religions and languages of Malaysia serves as an example for many other Asian countries.

Malays form the single biggest ethnic group. There are several indigenous groups in Malaysia, such as Kadazan, Dusun, Murat and Iban, especially in the provinces of Sarawak and Sabah. Together with Malays, they are recognised by law as Bumiputera (literally “son of the soil”).

Malaysian currency has a Spanish connection

The currency of Malaysia is known as the ringgit. It was introduced in 1967, ten years after the country’s independence from British rule.

Although the word refers to the currency at present, its original meaning in Malay, “jagged”, refers to the Spanish coins that were in circulation in the 16th century in the region. Those coins had milled edges, which gave them the local Malay name “ringgit”.

With time, the word became associated with currency and thus was named Ringgit Malaysia. Its sub-unit is sen, which is one-hundredth in value to the Ringgit.

All Ringgit banknotes carry an image of Tuanku Abdul Rahman, the first Yang di-Pertuan Agong, on the obverse since the start of circulation.

Located in the state of Sabah on the island of Borneo, the peak of the 4,095-metre Mount Kinabalu is the highest point in Malaysia. In fact, it is the highest mountain between the Himalayas and New Guinea. Derived from the Kadazan word, ‘Aki Nabalu’, its name means “the revered place of the dead.”

Despite the eerie origin of the name, Mount Kinabalu is one of the world’s safest mountains to scale, which also makes it a trekking hotspot.

There are two easy walking trails for visitors. However, it is necessary to obtain information and get formalities done with the local government of Sabah.

Mount Kinabalu is part of the Kinabalu Park, a national park that became the first UNESCO World Heritage Site in Malaysia in 2000. The mountain has 5,000 to 6,000 plant species, which makes it a biodiversity hub of the region. The Sarawak Cave Chamber is the largest of its kind in the world. Located in the UNESCO World Heritage-listed Gunung Mulu National Park on the island of Borneo, the cave measures 600 m by 415 m and stands at an imposing height of 80 m. It is just one part of the cave system, of which 295 kms have been explored. Within this system live millions of swiftlets and bats.

The national park is named after the Gunung Mulu sandstone pinnacle, which stands tall at 2,377 m. The national park spans 528.64 sq km. Within its 17 vegetation zones are 3,500 species of vascular plants.

Besides Kinabalu Park and Gunung Mulu National Park, Malaysia has two more UNESCO listed sites — the historic cities of Melaka and George Town, as well as the archaeological site of Lenggong Valley.

Singapore was once part of Malaysia

This is a fact that keeps surprising many perhaps because of Singapore’s global standing as an economic and democratic powerhouse of Asia. But less than six decades ago, Singapore was part of the 14 states that formed Malaysia.

Singapore gained freedom from British rule in 1959. The same year, Lee Kuan Yew — considered one of the greatest leaders in modern history — was elected the first Prime Minister of Singapore.

From that day onwards, Singapore became part of Malaysia. But the political situation quickly became hostile over economics and politics.

Following racial violence in Singapore in 1964, Malaysia decided to remove Singapore. After its separation, Singapore became an independent and sovereign state on 9 August 1965.

Garden of the world’s largest flower 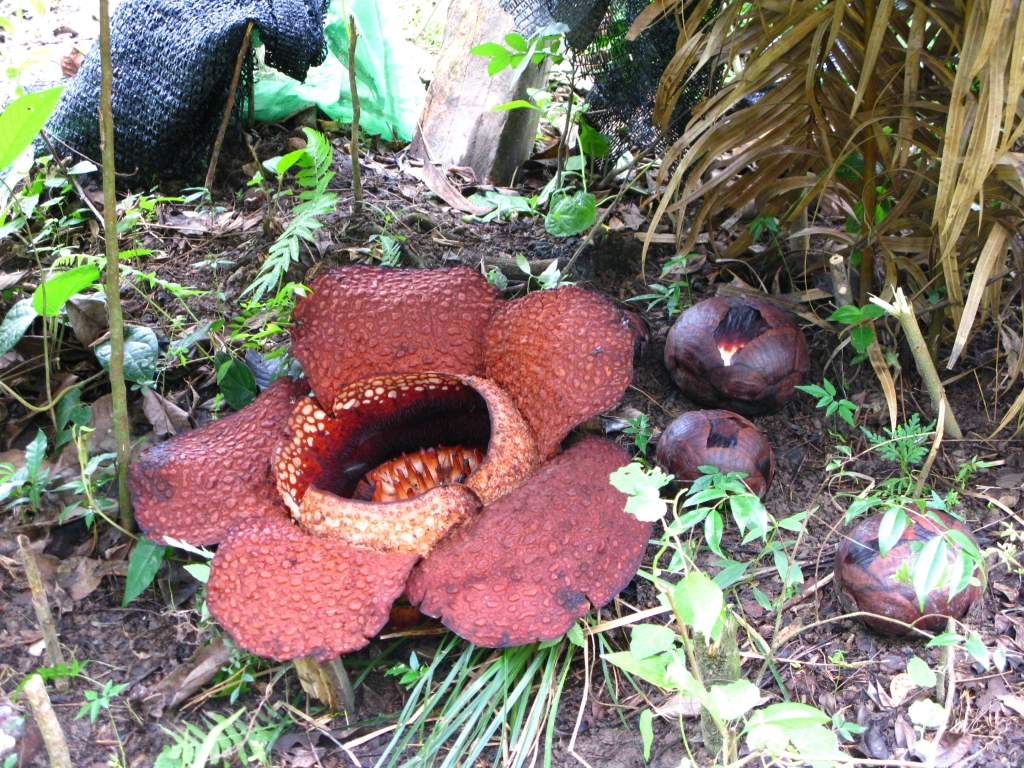 Visitors at the Kinabalu Park will be amazed to see the world’s largest flower — the Rafflesia arnoldii, popularly known as “corpse lily” because of the putrid smell of rotting meat it emits.

It can measure 100 cm in diameter and is an extremely rare species. Rafflesia arnoldii is a parasitic flower. It has no roots, stems, leaves or shoots, and grows from inside a host plant.

The flower has a huge opening at the top, inside which are spiky structures whose purpose is not known. Because of its pungent odour, carrion flies flock to the flower.

Rafflesia arnoldii is the state flower of Sabah and is also prominently featured on the reverse of the RM10 banknote.

Malay peninsula is the home of the Malayan tiger Measuring between 2.3 and 2.6 metres, the Malayan tiger is the smallest of the tiger species and the only one in Malaysia.

Peninsular Malaysia is its home, where it can be found in the southern and central parts.

The International Union for Conservation of Nature (IUCN) listed the Malayan tiger as critically endangered in 2015, with only around 80-120 surviving mature individuals.

The conservation of the Malayan tiger is a top priority of the Malaysian government, especially since two other tiger species — the Bali tiger and the Javan tiger, which were found across Southeast Asia — are now extinct.

Malaysian cuisine is a melting pot of diversity 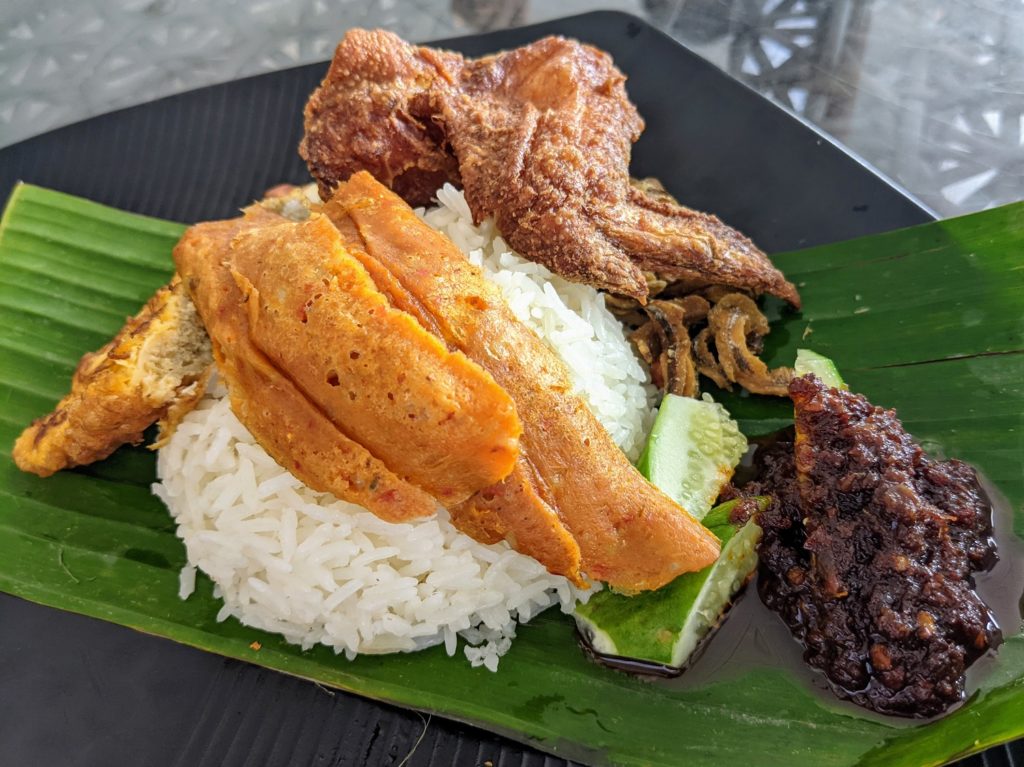 Malaysian food reflects the mix of Malay, Chinese, Indian, indigenous and other Southeast Asian cultures that have influenced the country through its history.

Rice-based dishes have a more Malaysian root, and the chief of them is nasi lemak or coconut rice. It is popularly considered the national dish of Malaysia and is eaten with fried anchovies, ayam rendang, cucumber, peanuts and prawn sambal or others. Then there is nasi kerabu, or blue rice, which gets its name because of the colour of the rice.

There is no dearth of tasty dishes — mee goreng mamak, apam balik, rendang, laksa, to name just a few. Whatever be the dish, Kuala Lumpur can be the one-stop food haven for visitors.

From street food stalls to the poshest restaurants, there is no corner in the city where one won’t find delicious food.