Girish Ramachandran, Executive Director at 27Group, has been named one of Malaysia’s top business leaders.

Organised annually by the KSI Strategic Institute for Asia Pacific, the Business Leaders Awards competition recognises leaders that have over the past year provided “significant contributions to the country, society, and business community.”

Held at the InterContinental in Kuala Lumpur, the awards ceremony saw around two dozen executives from across sectors handed awards for corporate leadership, lifetime achievements and entrepreneurship, among others. 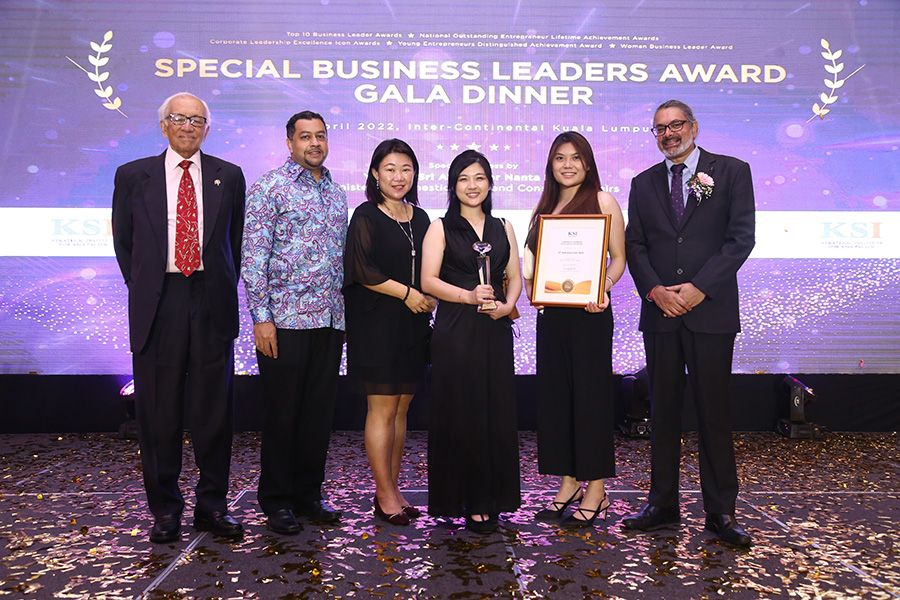 The event kicked off with an introductory speech given by the Organising Chairman of KSI Strategic Institute (Jessie Tang), after which the Minister of Domestic Trade and Consumer Affairs (Alexander Nanta Linggi) shared his insights and expectations on the development of the Malaysian business community.

Not much later, Alexander Nanta Linggi returned to the stage to present the ‘Corporate Leadership Excellence Icon Award’ to Girish Ramachandran, who co-founded 27Group in 2018 following a 25-year career in management consultancy and professional services.

Ramachandran was lauded for playing a key role in the growth of 27Group, which has grown to become one of Malaysia’s leading homegrown consultancies, able to compete with the likes of the tier-one strategy houses, the Big Four and other international players.

With five offices across Malaysia, 27Group focuses on built environment projects in the form of hospitals and ports, as well as being a natural capital advisory handling areas such as agriculture and water.

“At 27Group, we embody a shared vision of rebuilding humanity in Malaysia and the region. We believe projects need an infusion of human values into strategy, funding and delivery in order to deliver sustainable, significant impact within business communities. We strive to achieve this through our focus on socio economic transformation, innovative funding models and development integrators,” said Ramachandran.

Adding to its excellent night for the 27Group team, 27Advisory (the advisory arm of 27Group) was named as one of 100 companies shortlisted among thousands of companies nationwide for the SME 100 awards. The consultancy win made the list for its “contribution to various high-impact projects in the country.”

“We pride ourselves on our ability to deliver hard hitting and impactful projects which not only meet their projected financial targets but also employ sustainable, socially responsible, community building strategies that raise the overall value and living standards of the communities they are built for,” said Ramachandran.

Outside of 27Group, Ramachandran is also the co-founder and a board member at IRGA, a precision farming solutions provider headquartered in Kuala Lumpur.