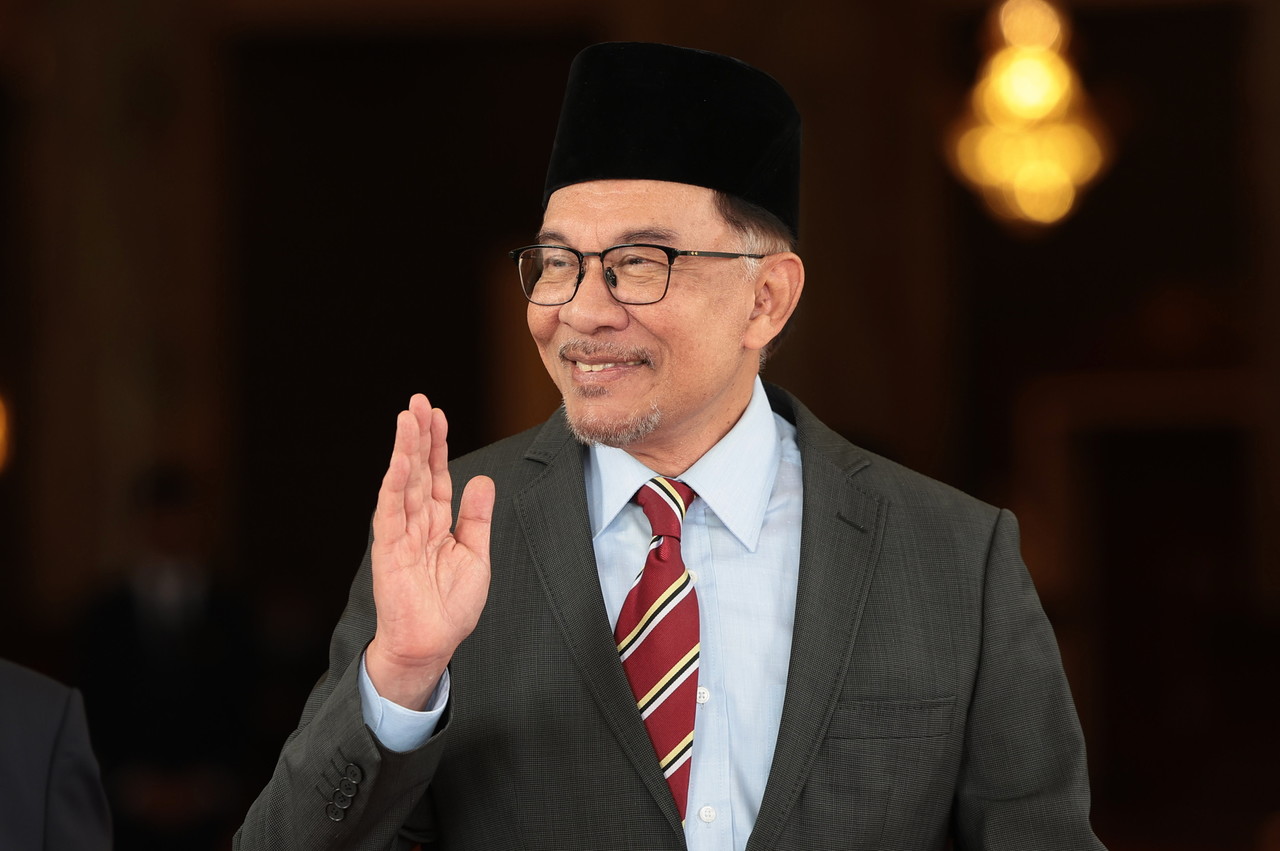 KUALA LUMPUR (Dec 28): It has been a year of many firsts on the Malaysian political scene, with the 15th General Election (GE15) culminating in the formation of an unprecedented Unity Government.

The snap polls on Nov 19 resulted in a hung Parliament, as for the first time since the general election of 1955 no party or coalition managed to win a simple majority to form a new government.

Although already predicted by many analysts after Parliament was dissolved on Oct 10, the stalemate still nudged the country into uncharted territory and put the people on tenterhooks for five days.

But the maturity of the country’s democratic system came to the fore to resolve the political conundrum, and PH chairman Datuk Seri Anwar Ibrahim was sworn in as the 10th Prime Minister on Nov 24 – thanks to the wisdom of Yang di-Pertuan Agong Al-Sultan Abdullah Ri’ayatuddin Al-Mustafa Billah Shah.

In fact, Anwar’s predecessor Datuk Seri Ismail Sabri Yaakob had signed a historic Memorandum of Understanding (MoU) on Transformation and Political Stability with the then opposition PH on Sept 13, 2021 to cool the political temperature, with the two sides agreeing not to have the general election until July 31, 2022.

The cross-party cooperation was to allow Ismail Sabri’s “Keluarga Malaysia” government to focus on efforts to revive the economy and ease the burden of the people still impacted by the COVID-19 pandemic.

However, after July the political atmosphere heated up again when certain leaders in UMNO began pushing for an early general election, arguing that the mandate should be returned to the people in a bid to form a more stable government.

That political gambit was partly inspired by BN’s performance in two state elections – in Melaka in November 2021 and in Johor on March 12, 2022 where the coalition won with more than a two-thirds majority.

The calls for snap polls were opposed by PH, PN (BN’s partner in the then government) and some UMNO leaders themselves, who felt that it would be unwise to dissolve Parliament this year because the country was still grappling with the effects of Covid-19 and the year-end floods could disrupt polling.

The dispute over the timing of polls was obvious when for the first time ever six states – PH-ruled Selangor, Negeri Sembilan and Penang and PAS-led Terengganu, Kelantan and Kedah – decided not to hold their state elections together with GE15.

But as soon as the final seat tally was announced, political parties started scrambling to form a coalition government, with Anwar claiming on Nov 21 that he had secured a simple majority while PN chairman Tan Sri Muhyiddin Yassin said he had sent to Istana Negara the statutory declarations of 112 MPs who pledged support for PN.

The political turmoil following the conclusion of GE15 forced the King to intervene, summoning Anwar, Muhyiddin and leaders of other coalitions to the palace to help resolve the impasse so that the new government could be formed.

When His Majesty proposed that PN and PH form a Unity Government, Muhyiddin declined on the ground that PN could not work with PH.

On Nov 24, Al-Sultan Abdullah held a special meeting with other Malay Rulers on the issue, and on the same day BN also decided to join a Unity Government led by PH, as was decreed by His Majesty.

The King also announced the appointment of Anwar as the 10th Prime Minister on the same day.

Later that day, Anwar, who is also PKR president, was sworn in as the head of the Unity Government, which is supported by BN, GPS, Warisan, GRS, PBM, KDM and the independent MPs.

GPS had on Nov 20 initially pledged support for PN and for Muhyiddin to be prime minister but following the developments in Peninsular Malaysia, Sarawak Premier and GPS chairman Tan Sri Abang Johari Tun Openg said in a statement on Nov 24 that GPS was leaving it to the wisdom Al-Sultan Abdullah to appoint the new prime minister.

GRS chairman and Sabah Chief Minister Datuk Seri Hajiji Noor took a similar path, pledging support for PH and Anwar’s candidacy as prime minister on Nov 24 after having thrown in his lot with PN and Muhyiddin on Nov 21.

On Nov 25, Anwar clocked in as the new prime minister and subsequently unveiled his Cabinet, which fulfilled Al-Sultan Abdullah’s request for an inclusive government with representation from all parties and regions.

And to round up the eventful year in politics, Anwar won a vote of confidence as the new prime minister with a simple-majority voice support in the Dewan Rakyat on Dec 19.

Earlier, at the start of the first sitting of the 15th Parliament, Anwar’s nominee Datuk Johari Abdul was elected as the new Dewan Rakyat Speaker, polling 147 votes against 74 obtained by PN candidate Tan Sri Mohd Radzi Sheikh Ahmad, a former home minister. One of the 222 MPs did not take part in the vote because she was sick and arrived late in Parliament.

The sitting had been preceded by the signing of the Cooperation Agreement Among Coalitions in the Unity Government by PH, BN, GPS, GRS and Warisan on Dec 16 to ensure political stability and drive the country’s economy. — Bernama

I receive harsh criticism, death threat, go out of business due...